This was a quick game that I put together during the testing of the MMF2 Flash runtime, to try out various maths, collision, control and online aspects.

It's a sort of skill/racing type game - the object is to guide your improbably fragile ship around courses as fast as possible, working with and against the force of gravity, without hitting the walls and blowing to pieces. Online best times are recorded, and Javascript needs to be on to post to them because the object that could post Mochi high scores (or send to arbitrary PHP scripts) wasn't converted at the time I wrote this. Unfortunately another thing I was testing with this game was the ability to add adverts on to the preloader, so I suppose it will also serve as a test for how badly people react to advertising in Flash games. Still, it pays for some hosting ($0.04 per billion players or thereabouts).

Hold the mouse button anywhere on the screen to thrust in the direction of the cursor - the amount you move is dependent on the distance from the cursor to the ship as well as the angle. I've tried to coach other testers into going slowly at first and building up to higher speeds later on, but as it turns out I'm apparently the only person on earth who's able to control it, here's some video evidence that it's possible to move around smoothly. 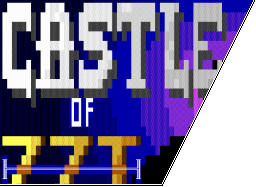