Land of the Free - Part II

Back to Reviews page
Perhaps the strangest thing in the back of my mind as the election results were announced was what Gamma Ray were going to sing about now that one of the main subjects of their songs about oppression has been removed. However, even though it was released a year before that happened, this seems to be a much happier album than their last one overall. Releasing a direct sequel to an album from more than a decade ago is an unusual idea (and so is releasing a direct sequel to an album at all, in all honesty) but even if I'm not sure that they've actually gone back to their earlier sound, the theme has come back from Land of the Free, and if it was an attempt at revitalizing the band's sound after a short slide, then fortunately it seems to have worked perfectly.

For the cover artwork they've stuck with Herve Monjeaud (who does artwork for a considerable number of bands, unsurprisingly including Iron Maiden), and it's probably one of the most intense scenes ever short of Lost Horizon, but is somehow a perfect visual representation of the contents. Shouldn't music be representable by a winged skeletal figure in chains, on fire, with lasers blasting out of its eye sockets? I think so. Anyway, the artist has included some sketches of it and other album covers on his site, showing ideas being built up, added and discarded as the process continued.

The theme of the album is as you'd expect, with "Produced by the Spirit of Freedom" being included as a credit in the booklet, along with Kai's inexplicable and unfortunate way of writing like a 12-year-old girl. After the usual credits for "musix" and "lyrix" are thankfully absent, we're instead treated to a final thought that reads "Megathanx to all fans for the great support, CHEEEERZZZ! to you all!!!", three exclamation marks. I was half-expecting a <3 at the end.

Part of the appeal of Gamma Ray, though, is that you don't really need to even look at the booklet to see who wrote which parts of an album - all four of them have very distinct styles and usually write about a quarter of the album each. Dirk Schlachter tends to write slower, majestic-sounding songs, Henjo Richter uses very distinctive arpeggios (although his sound seems to have become harder and almost more like the Doom soundtrack this time), Dan Zimmerman unsurprisingly features the drums more and Kai Hansen fills up the rest (usually with other people's songs). Oddly, even though Henjo's songs are usually my favourites, I would almost say that his are the weakest on the album this time - but being the weakest on an album that's as much of a comeback as this isn't saying much.

It's recognizable after only listening to a few songs from anywhere that as talented and well-respected as Kai is as a guitarist and songwriter, he does have rather a bad habit of stealing bits from other people's songs. Indeed, this album's been accused of virtually being an Iron Maiden tribute album, and it's quite enjoyable to listen through it just to see how many familiar melodies you can recognize as being slightly adapted throughout. However, the most blatant borrowing this time round is actually done by Dirk Schlachter, who takes Maiden's introduction to The Clairvoyant note for note for the middle of Opportunity (3:30).

The surprising highlight of the album, though, is an anthemic piece called Real World. Structurally it's quite similar to I Want Out (and sounds like it was written at about the same point in the 80s). I say "surprising" because after the often very religious themes of their music throughout their entire career so far, this one involves them belting out, in what is far and away their most happy, enthusiastic chorus ever: 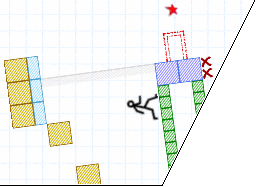