First of all, Prince of Persia 2008 (as I am going to call it, because there's already a game called Prince of Persia as you should well know) has single-handedly made me realize why certain people hate the current generation's Trophies system so much. When I first discovered the idea it sounded great, offering records of special achievements or milestones in games so that you can then show them off, but this goes so over the top with them that it's comparable to Armor Games' parody of the concept. You have taken a step into the canyon at the start of the game - have a trophy! You have been bashed in the face with a sword - trophy! You have successfully blocked and avoided being bashed in the face with a sword - another trophy! You have completed the tutorial - trophy! You have pressed the Compass button - trophy! Oh, you've pressed the Talk button too, well, have another trophy! You've pressed Talk another 49 times - trophy! You are not George Bush - Nobel Prize! You're not Piers Morgan either - have another! After half an hour of this it just begins to feel utterly condescending, akin to being rewarded at every turn by being given a pat on the head and a biscuit. That aside, though, I think I enjoyed it... though I'm yet to decide if it was really any good or not. It's confusing that way.

The game opens with a mysterious stranger wearing all sort of dangly nonsense and a scarf to rival Tom Baker wandering through the desert (his identity is never revealed in the game but its title gives you a slight clue), and you're guided through a course of running and jumping tutorials. The controls seem to have been simplified from the previous three games in the series, and I wasn't comfortable with them at first - instead of a shoulder button to run along a wall and X to jump off it, for example, the entire action is performed by simply pressing, holding, then letting go of X (and that goes for most of the actions in the game, with the occasional incorporation of O). The combat has also been completely changed, and it took me a while to realize that it made it a lot closer to that of the first game, taking the 3D action out of it and reducing it to one-on-one fights done through sequences of button presses. It almost feels as if the entire game is one very big quicktime event with occasional changes of direction - not quite up to Heavy Rain's level but noticeable all the same - and while that would normally be a fairly deadly thing to say about a game, somehow it avoids being brought down by it...

After getting used to the controls you're quickly roped into a quest to prevent a dark god from being revived by restoring life to the lands like Ammy the God of Turnips. You do this in a very curious arrangement for games these days - the entire landscape of the game is open to you from the start, and your only real task is to hop around the various precarious structures and gather as many light seeds as possible. What's also interesting is that after some obligatory levels, the order in which you guide Prince Jack of Sparrow around the game is completely up to you. I've only played through it once, but I'm assuming that the later obstacles, which include Silent Hill-like tentacles that pull you into the walls, are added to the parts of the landscape that you choose to do last, therefore increasing the difficulty curve no matter which order you do them in.

I thought that it felt very short (the ludicrously enthusiastic Achievements list reported that I completed it in under 12 hours), but I suppose that it was just about as long as the previous three games. I think that that feeling came because the game's so open, and that it feels like you only ever have one actual objective - the whole thing takes place in one continuous environment that never has to stop for loading unless you teleport to the other end of the game via the map screen (which looks like a revival of what Warrior Within tried to do but with a sudden realization that they could actually make it useful). When you get to higher points, the view can be incredible (you have stood around for a bit - trophy!) - even more so when you consider that pretty much all of that landscape is playable, and it's all still rendered from that distance.

It's interesting that the idea of controlling two characters at a time doesn't feel awkward at any point, though I thought the new conversation system was disappointing, having to stop and actively decide to talk rather than just enjoy the continuous conversation between the two characters that Sands of Time had. And I liked the rescue system at first, thinking "Oh, this is a nice way to lead me through the tutorial and ensure I can't die", but it took me a while to realize that it wasn't ever going to be turned off! At first I thought that this seemed a bit... silly, as I felt the finite-rewinding mechanic of the previous games was a decent balance between forgiveness and challenge, but after a while I sort of understood why it was done that way, or I just got used to it, or something. Nevertheless, it's a sort of awkward feeling that a balance in difficulty of the game has been abandoned in favour of just being able to restart you five seconds before you died all the time... like I said, I've no idea whether this is good or not. It's very confusing. 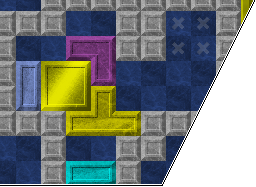