In between a lot of web design work over the last month I've been on the DS a lot, and recently completed Brave New Super Mario Bros, which, twenty years later than everyone else, is my first real introduction to the smiley, mushroomy Mario universe. That is, I played a couple of the games during my emulation phase in about 2000, but I never really got into everything that they had to offer, just being satisfied with save-stating to the end without really exploring them at all.

I had got the impression that the Mario games were strangely simple compared to other platformers that I grew up with - most of the levels operate on a left-to-right (or bottom-to-top) linear path, and are composed primarily out of blocks, rather than any more complex scenery. But somehow they still manage to have a lot of variation - each world has a general theme running through it like "jungle", "water" or "clouds", and the individual levels all seem to be based on one very distinctive element, even if it's as simple as having loads of springs, or more unique things like having to complete the whole level on a flying platform that changes direction depending on where you stand on it or jumping around unusually stretching mushrooms. There's a lot of depth to it underneath the sort of simplistic, cuddly... mad surface.

In addition to Mario's classic repertoire of jumping, running, shooting fireballs and throwing items (the last three of those being clumsily placed on the same button for historical reasons) you can slide down and spring off walls, and there are also a couple of powerups that were new to me as well - a blue mushroom that turns you into Titchy Little Mario where you can squeeze into tight spaces and jump very high (at the cost of being extremely vulnerable), and conversely, a giant mushroom that transforms you into a sort of Super Ultra Mega Mario and allows you to plough through the level stomping on anything that isn't a wall like some sort of giant Italian Godzilla in dungarees.

The graphics are interesting in that the game is still played entirely in 2D, with an environment made up of sprite tilesets but 3D models (allowing stretching tricks like I described above). What's most surprising about this is that it isn't disastrous - from my experience, most combinations like this end up looking very cobbled together as nothing fits together with anything else, but everything seems to work, and with a lot of character, too. They use the way that it isn't a static 2D environment to their advantage, zooming out a little when you're going quickly to allow you to see more of the surrounding area. And the music, keeping with the theme, manages to be mostly completely new but still retaining the feeling of the familiar Mario music.

The bosses are slightly more imaginative than I remember any of the other Mario bosses being (seeing as you only ever had to make it past them to stab a button, or jump on them three times) - this time you usually have to fight Bowser Junior, I think his name is, but sometimes he'll curl up and you'll have to knock the shells he throws back at him instead. Well, it's an incremental improvement. Actually, the most memorable moment out of them was the very first one, where you explode the bridge to drop the oversized lizard into the pit of lava - which is something everyone did before on the NES, but when the result this time is happily watching him screaming and then bobbing back up with his flesh seared off... there's something not right about that.

Anyway. It's easy enough to get to the end the first time (though the confusing spinning-around of the last castle does a good job of delaying your victory), but you're then presented with the challenge of searching every nook and cranny of every level for the Star Coins, some of which you can only get to while holding a certain powerup or having done something obscure earlier in a level. And the point of getting them is, rather disappointingly, to buy new wallpaper for your status screen. Nevertheless, I got all 240 of them with only help with a couple from a guide (thanks coincidentally to Snow Dragon on GameFAQs) - once you get the idea of how they tend to hide them it's possible to start making informed guesses as to how you might get them all. I was also going to say that the method of saving the game is quite comically badly thought out, only being allowed to save once you've unlocked a new route on the map - which works while you're progressing quickly through the levels, but not when you're going through picking at them to get more Star Coins - but that was before I discovered the large "SAVE" option on the pause menu. Never mind.

So that's completed, and the next game on the list to complete is called (I promise) Elite Penguin Force, the last game that I got with the DS. Whitney's mother was very quick to say that that one came free with the handheld - I'm not certain of how enjoyable it'll be, but as the back of the box says "Basic reading ability is needed to fully enjoy this game", I have a feeling it's not quite aimed at my age group. 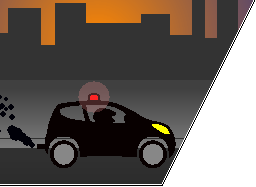