Back to Reviews page
It dawned on me the other day that I'd never actually completed Myst. I actually played surprisingly little of it considering it was the best-selling PC game of all time before The Sims came along, possibly watching a bit of it without ever really making an effort at it myself.

So after hearing that RealMyst, a 3D update to the original that was released in 2000, was available for free on GameTap, I ignored my slight suspicion of the online distribution service (I've yet to discover where it's actually keeping anything I've downloaded on to the hard drive through it, for example) and got the slightly inconvenient frontend and game itself.

And to sum it up, I've been stumbling between various states of being completely stuck. It's beginning to make me feel a bit thick because all I seem to do is wander around and poke at the various buttons and switches presented to me on all the abstract devices around the place, without ever actually seeming to have much of an effect apart from making some noises or glowing a bit.

It's only largely through luck that I managed to get into any Ages at all, and now I can't work out how to get out of the one I'm in (the one with the gears). After spending about half an hour walking around I was very excited to finally stumble across two Hexen II-style hidden passages, but they only yielded a blue and red page, one of which teleports back to its original location when you pick the other up. These are the only items that your character deems important enough to pick up, with everything else limited to pressing it or turning it.

I can't say how much it compares to the original as I never played it much - but if remakes of games go well, they tend to be what your nostalgic memory of the original game led you to believe they looked like. I know in the back of my memory that Myst wasn't a full 3D environment and was composed of still 256-colour frames, but with that a sufficient number of years ago I probably wouldn't have noticed the update.

This is mostly because I'd still be fighting with it either way - there is an option provided in RealMyst (which in a critical failure of UI design is named "Advanced Mapping") that allows you to use FPS-styled controls, but this doesn't turn off the "click to walk forward" default behaviour and results in your avatar frequently smacking his face into walls when you try and point at any fiddly objects. In this respect it unfortunately seems to be quite comparable to the feeling of playing it so far. 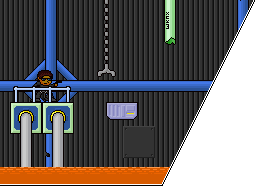