Back to Reviews page
As you can probably tell from the rest of my posts here, I was very much a child of the DOS game era. Consoles weren't around in the house because they weren't educational enough, so to run anything I had to get accustomed to the intricacies of AUTOEXEC.BAT and CONFIG.SYS at a very early age. Should I load DOS into high memory to free up space, or will that make things worse? And does this need extended or expanded memory, or does it make a difference? Maybe I should make a boot disk, but if I do that, will I need to include the CD-ROM and sound drivers on it? Twelve-year-olds just don't have to deal with questions like this these days.

But what I do rather miss is the friendly, personal feeling that games companies had in those days - they were almost like bands, with about five members each that rotated around every couple of years, each of them recognizable and contributing something major to each of their projects. From this situation, three main companies arose trying to out-shareware each other: Apogee Software, id Software and Epic Megagames. And quite apart from having Tim Sweeney and Cliff Blezinski with them, one of Epic's main attractions for me was the shareware version of One Must Fall. 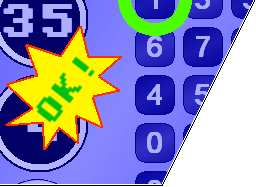