Back to Reviews page
For the first time since Iron Maiden in Glasgow in 2003, I went to a concert this weekend - Helloween and Gamma Ray together in Worcester, about an hour and a half away from Boston. It was also a chance to meet up with someone who I'd spoken to through the Iron Savior forums, , therefore doubling the amount of people I'd met up with in real life after knowing them online as well as tripling the number of bands I'd seen live.

After arriving at Union Station, which is a large room with an arched ceiling that is completely empty, we had some trouble finding each other at first, because both of us insisted through a shaky mobile connection that we were standing in front of the station, and neither could see the other. It was only when I heard him mention he was standing in front of the bus I arrived on that I realized there was a problem, because I'd come by train. But after wandering back through the building we eventually ran into each other while still talking on the phone.

Now, I know that reading what other people have written about you as if they don't know you're going to read it is one of the strangest thing ever (so hello if you're here), but I'd only exchanged a few forum posts and emails with him in the past and knew rather little about him (such as what he looked like, which was probably a bit of a handicap for meeting each other). Meeting up with this vague person from the Internet is sounding like a better idea by the minute, isn't it? But he said, rather nicely, that he could tell I was safe because of the way I wrote, and I'd felt the same way about him. I was actually quietly relieved that he was my height and not about seven feet tall like last time I'd met someone that I'd known online, and I'd thought that he would have been rather... less confident than he really was, having only been in America for a couple of months. But he has to be one of the most enthusiastic people I've ever met, and we talked about music and several hundred other things that somehow shot off from that as we headed for the hotel.

And that took a while, because though I had a whole bagful of things I'd taken to make absolutely sure I was prepared, a map was not among them. We headed off in a direction that seemed likely, found the Palladium, asked some of its staff for directions, and they sent us the wrong way. The strange thing about Worcester is that no living souls seem to be there - the people we'd asked were the only people we'd seen on the street in the whole journey, and I can't really top the description that he came up with of it as not so much a city as a giant factory with the world's largest car park. We eventually asked again at a bar, where the bald man with the high-pitched nasal Boston accent behind it happily said "I can tell you're not from here - you speak funny", but then decided to take an extended cigarette break and walked us just about all the way to the hotel.

We'd spent so long finding the hotel that the time we had had to kill before the concert was largely already dead, and with the printing of tickets and other organization, as well as showing each other a couple of songs that we'd each been working on recently, it wasn't long before we headed out again (and it was at about this time that I realized that I'd forgotten to eat anything that day, so we went across the road to a fryup-type place, where predictably there was no-one behind the counter). You could see the people who were going to the concert from a mile away from their long hair and band T-shirts - it seems that power metal fans are always very friendly, even the ones who look like they've just been dug up from Mordor.

The venue actually surprised me - instead of the large arena-type standing area that I'd expected from going to see Iron Maiden in Glasgow, it was almost like being back in the St Andrews student union, with a bar, tables at the back, and a smaller pit in front of the stage. We stayed up behind them, where we cound actually get a good view of the stage - a completely new experience for me at these things. It had a very comfortable amount of people there - not cramped at all, but not deserted. It's very strange that it seems to be the centre for metal bands in Massachusetts, in fact, given its smaller size (and the way it's in the middle of a ghost town).

It's difficult to describe the sensation of the sheer amount of noise produced at these things... you're hit by an enormous wall of sound that's like a considerably more pleasant Melville fire alarm, and your brain instantly goes into a conflict with half of it recognizing it as music you've heard before and half in a sort of state of panic. Gamma Ray were on first, and performed songs from throughout their history rather than concentrating on the new album, which was welcome for me because I hadn't heard it. I was particularly pleased that they did Send Me A Sign, which is probably one of my all-time favourites from them - Kai also brought out his opinions of America during the performance of "Fight", where he described it as a song for when "your girlfriend's left you, there's nothing in the fridge and your president is called George Bush", changing one of the lines from "This love will never end" to "Don't trust your government".

Helloween's set consisted mostly of Andi Deris being a positively gigantic fruitcake as expected, with the subtle wit and body language of Rik Mayall and the dress sense of Noel Edmonds (both qualities are quite well demonstrated in this video for Perfect Gentleman - while performing that particular song he absolutely surpassed himself by emerging with a top hat and cane as well). During their show he took the opportunity to give the audience advice on "survival in Berlin" between the songs, which amounted to a starter course in how to swear in German and how good it sounds. The highlight for me here was that they played As Long as I Fall, which stands out as being a song of theirs with actual meaning and... advice, somehow (though if I link to it you'll have to promise not to pay attention to the ludicrous video).

For the conclusion, after they went as far as turning the lights on again even though everyone knew what was coming and started a chant of "Gamma-ween!" down at the front, both groups came back out again and performed Future World and I Want Out as one mega-entity. The irony and strangeness of seeing them all perform a song that was about how they split up twenty years ago is difficult to describe, but at the same time it was like seeing a happy ending to the whole thing - they look like they get on again now, after the split inadvertently started about a million separate bands like Iron Savior and countless others.

Both bands also had several sections where they improvised and organized the audience to sing (or in Kai's case, scream) along, which I attempted, though my voice gave out fairly quickly - I was amazed by Parimal's vocal stamina, which almost rivalled the bands themselves. He tried to convince a girl taking a video next to us to upload it to Youtube, so it's possible that I might be able to link to my horrible singing from next to her at some point in the future. She then considerately spilled an alcopop absolutely all over me, but it was almost welcome in the heat.

We headed back to the hotel after it finished at eleven or so, and even though it made me feel so very old, I went straight to bed, noticed that I couldn't really feel my legs or hear anything, and then suddenly found myself waking up at 7am for reasons unknown. I decided to get the 9:30 train because I didn't want to hang around in a completely deserted city for five hours until the next one, so I headed out after participating in Parimal's video blog. Tiredness only hit me when I was halfway home, and I fell asleep again for the whole afternoon after I got there.

So now my hearing's just about returned, I can sort of make an attempt at walking again... we'll have to do it again at some point! 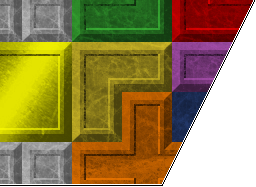