Gambling with the Devil

Back to Reviews page
The 2D vs 3D war, so prevalent amongst the more poserish of games players today, extends even into the field of metal album covers - in a genre where the artwork is as recognizable as the music itself, there seems to have been a recent trend to abandon the older painted style that Iron Maiden popularized in the 1980s and going for crisper-looking computer-rendered 3D compositions. And I have to side with the paintings here - there's no hard and fast rule saying that 3D artwork is bad (look at Derek Riggs' cover for Stratovarius - Infinite, for example, if that site hasn't gone by the time this post goes up), but it seems to be far more common to have things like the odd hybrid on the left, along with far greater travesties like Iron Maiden's "Dance of Death" (which I will always know as an episode of Reboot gone badly wrong) and The Worst Cover in the World (also known as "The Secrets of an Island" by Six Magics). Notice in particular the way that the artist seems to have made a mistake on the Helloween cover in that one of the lines of the projected star doesn't connect up to a point. When compared to any of Derek Riggs' earlier work, or recent more traditional covers... there's no competition, is there?

But apart from that, I've got to say I've been surprised by how much I like Gambling with the Devil. It's unusual for me to outright say whether I like an album or not in these things, mostly because my opinion of them usually changes dramatically right after I've done any write-ups, but I really can't find much to complain about here. There's the odd moment of silliness and you have to forgive the odd dodgy lyric, but you're listening to a band called Helloween - what do you expect? The band are now using a lot more orchestrations and keyboard samples in their music on top of the guitars, putting them in some ways closer to the much younger power metal bands that have sprung up around them.

Admittedly it starts off a little underwhelmingly - it took me a while to understand what they were doing with Kill It, as its chorus is massively aggressive for a genre that I like because of its melody. After that, The Saints is one of my favourites, but I think I would be able to enjoy it a whole lot more if I could understand what the words meant. Look at them - they're almost the equal of anything Ben Sotto has ever come up with (although he can never be beaten because more than half of the words in this song are pronounced correctly). I particularly love the lines "I skin and strip you bold(ly)" (the "-ly" is nowhere to be heard and seems to have just been tacked on in the booklet to try to make more grammatical sense) and "As your dire end will come/dawn on you", as if even the band themselves couldn't decide which word went into that space and just went for something in between the two.

"The Bells of the Seven Hells" is an evil song, surprisingly well-suited to a band with a name like this, but it isn't long before it launches into powerful chorus vocals and harmonies again (though there is a nu-metal section in the middle). After that, things slow down a little with a Deris-ballad - a genre of music seemingly only writable by Andi, which has the mood and characteristics of a ballad without actually slowing down much at all. I.M.E. is the token odd song with an odder title, but even that and the bonus tracks at the end are all memorable in their own way.

What I'm getting at here is that for me, Helloween has always been a band for which I could just pick out a couple of songs per album that I liked, the others usually being either too weird or experimental or just lacking a really good tune to me. Their previous album, the slightly enormously-titled Keeper of the Seven Keys Part 3: The Legacy, started off wonderfully but then descended into random madness very early on. But on this one, I'm honestly struggling to think of any songs that I actively don't like (for me they always ultimately fall into two extremes of skippable and unmissable). By that metric, I'd have to conclude, above the classics that they released with Michael Kiske at the very beginning and the various flavours they've gone through in 25 years of existence... that this is actually my favourite Helloween album. Goodness gracious me.

Unexpectedly, the song I feel compelled to highlight is the patently ludicrous Can Do It, which caused me to laugh out loud the first time I heard its chorus through my headphones in a supermarket car park and made everyone in the vicinity think I was mental. Being as it is the most embarrassingly happy song since Crush 40 veered off the power metal route that they had been travelling along on one wheel and crashed almightily by writing the similarly-titled "We Can", this is provoking enormous Internet outrage* among people who dislike the silliness that Helloween have got into since Andi Deris joined, despite their always being like that anyway. But surprisingly, Andi had nothing to do with this (indeed, turn the volume up just as it finishes for a possible expression of his own disgust at it!) and it was written instead by grumpy old Michael Weikath - if I felt like speculating, I would be tempted to say that he wrote it precisely to wind up everyone who doesn't like that quality of the band. Unusually, I can't really say it better than one of the comments on that Youtube video - "Helloween is so weird sometimes you just can't help but smile".

* I don't know this. But you have to admit it's a reasonable guess. 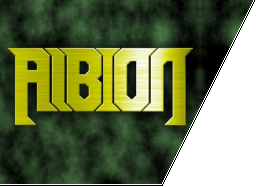